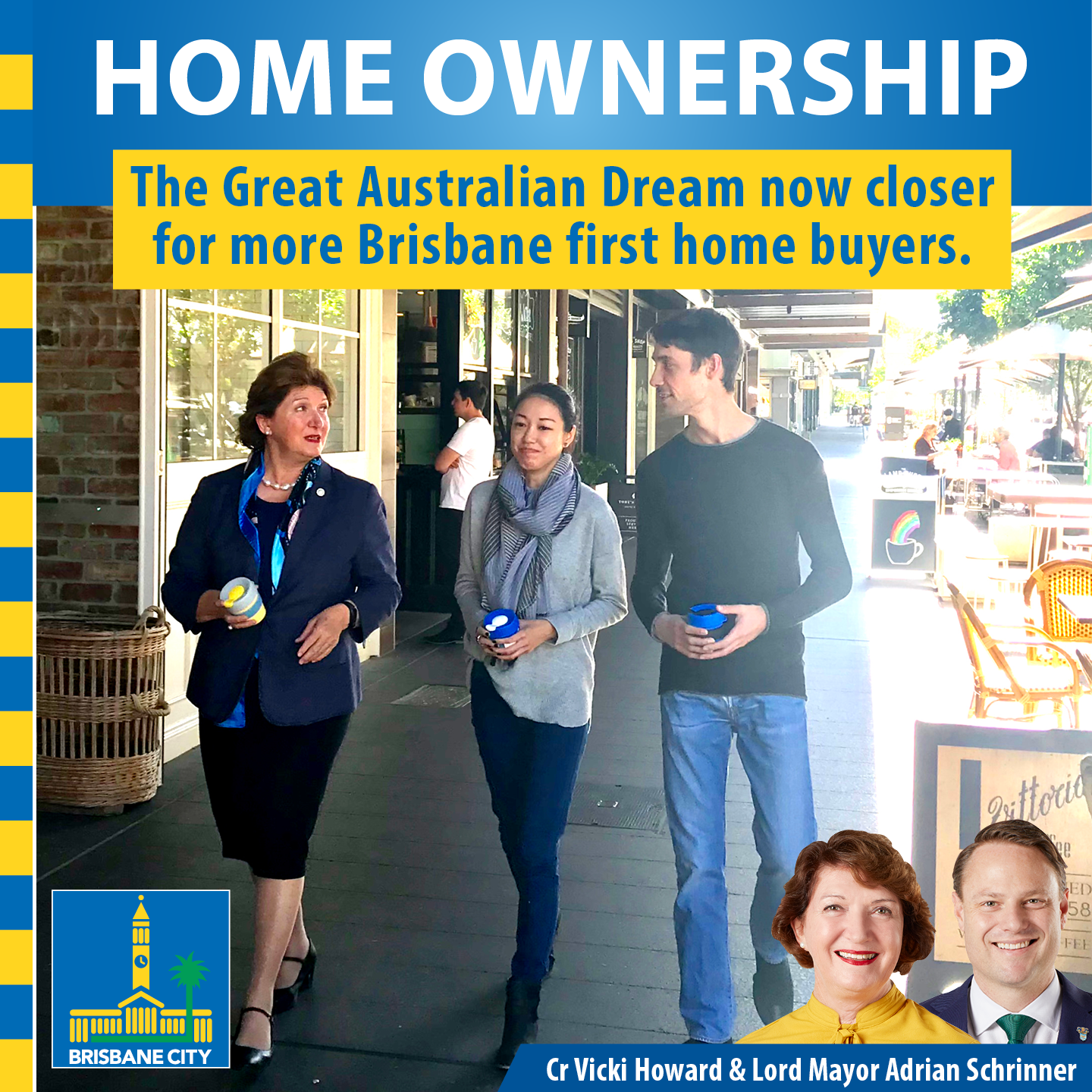 A 50 per cent rates discount was introduced on October 1 last year, which has helping put up to $1000 back into the hands of 2163 successful applicants nearly six months on from the start of the scheme.

“Home ownership is the great Australian dream, but the dream can be marred by unexpected costs and bills that can take away the excitement of buying your first home,” he said.

“Last year, Brisbane took out the top spot as the most affordable place for first home-buyers, with almost half of all our suburbs offering properties under the $500,000 mark.

“With this affordability, it’s no surprise that people are also are falling for the allure of Brisbane’s lifestyle, education and employment opportunities and I’m to see people choosing to settle down in our great city,” Cr Schrinner said.

The rates remission was popular in the suburbs of Forest Lake, Wynnum and Bracken Ridge and closer to the CBD, Toowong, Morningside and Holland Park were also hotspots.

Cr Schrinner said the financial relief comes as Council continues to invest in economic stimulates projects that not only make suburbs better places to live, but provide much needed jobs during the coronavirus pandemic.

“We’re getting on with delivering better public transport through the turn-up-and-go Brisbane Metro; we’re finessing our vision for Victoria Park, Brisbane’s biggest new park in over fifty years and upgrading roads, parks, pools and libraries.

“It’s part our plan to keep people employed and the economy moving as we navigate this crisis,” Cr Schrinner said.

The First Homeowners Rates Remission scheme is only available during the first-year of home-ownership and is available on homes with a value less than $750,000.