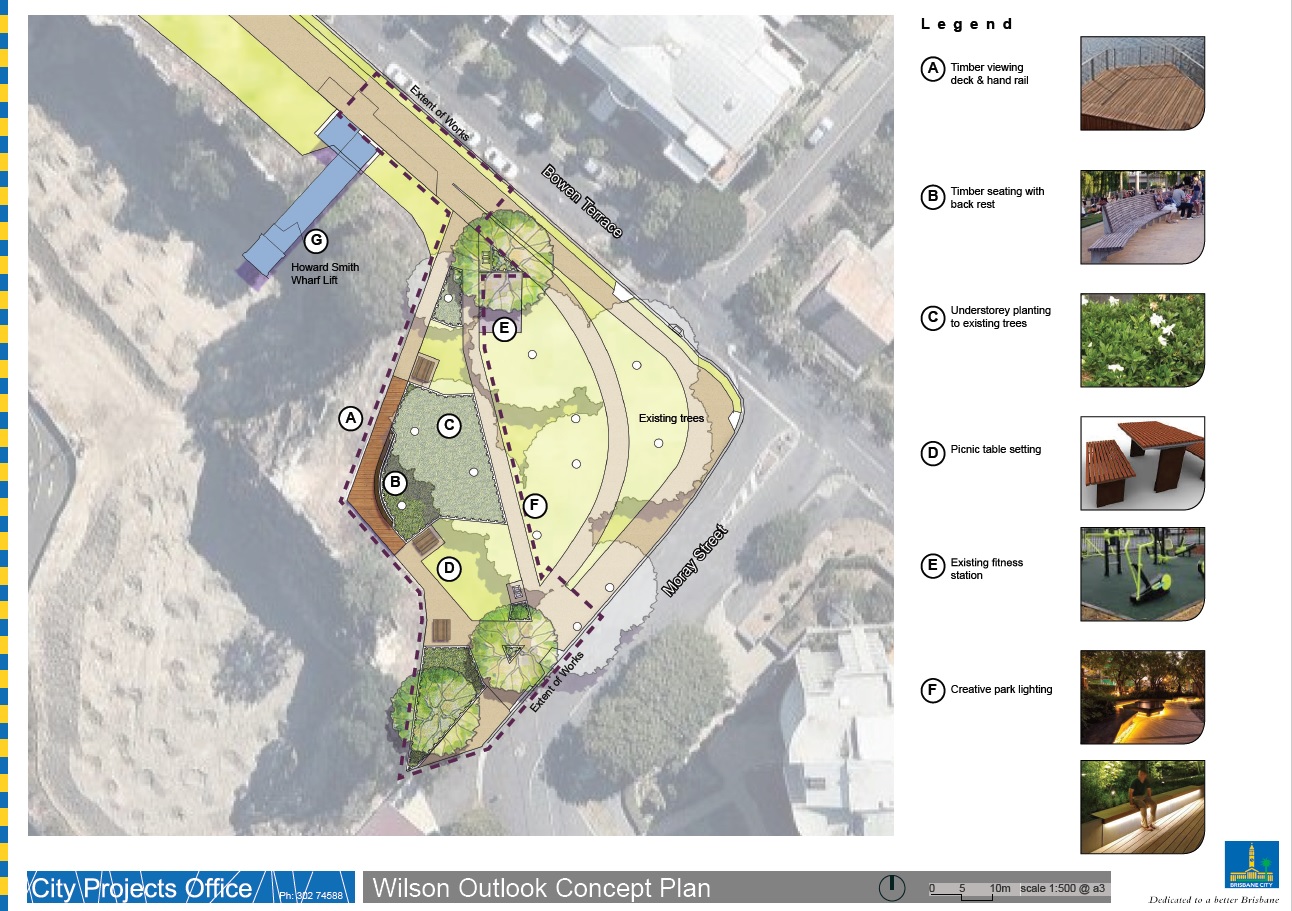 Brisbane City Council will soon commence a major makeover of Wilson’s Outlook Reserve, as part of plans to transform it into an iconic Brisbane lookout.

“Wilson’s Outlook Reserve offers one of the city’s most recognisable views and with works progressing on Howard Smith Wharves below, Council is reimagining it as a destination where people can go to relax and take in the views of our New World City,” Cr Howard said.

“Works will soon begin to revitalise the reserve with a new clifftop observation deck overlooking the Story Bridge and the city, a picnic area and creative lighting that will illuminate the landscaped gardens and lookout, as well as improve safety at night.

“Wilson’s Outlook is just metres from what will become the city’s most attractive waterfront destinations and these upgrades will provide visitors the best of both worlds with two lifts providing direct access from the top of the cliff.”