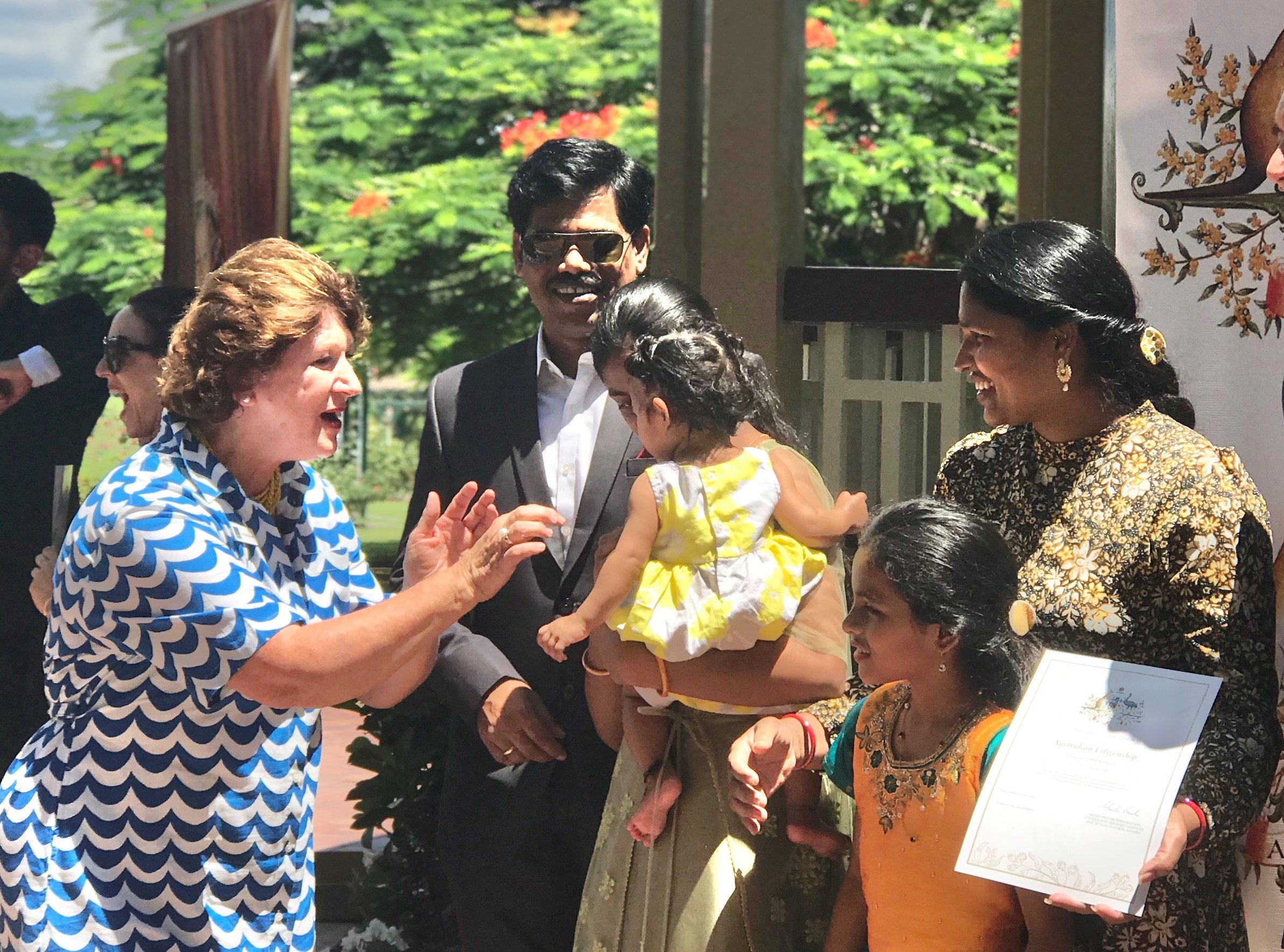 Australia’s Largest Citizenship Ceremonies will be held in Brisbane this week.

Lord Mayor Adrian Schrinner said 5200 new citizens will be sworn in over two nights on Tuesday and Wednesday to help address the backlog of people waiting following the COVID-19 pandemic.

Cr Schrinner said the huge number of people from around the world wanting to call Brisbane home demonstrated why it remained Australia’s fastest growing capital city.

“During the pandemic, Brisbane was the place where other Australians wanted to be with huge numbers of people from other states moving north,” he said.

“There are now thousands of people from across the world who want to become Australian citizens and call Brisbane home which is fantastic.

“Brisbane is Australia’s greenest city with friendly residents, an incredible and affordable lifestyle and a strong local economy. We’re now also a future host of the Olympic and Paralympic Games

“So it’s no surprise that people from across Australia and around the world want to come here with their families and call Brisbane home.”

“Over three days, more than 5800 new citizens from 130 countries will receive their citizenship at ceremonies in City Hall and the Brisbane Convention and Exhibition Centre,” Cr Schrinner said.

“For many, this is the final step in their journey to becoming an Australian and it’s such a privilege for these new citizens to choose Brisbane as their place to live, work or raise a family.

“As presiding officer, being able to officially welcome new citizens into our Australian family is one of the most rewarding parts of my role as Lord Mayor.

“The atmosphere at citizenship ceremonies is always one filled with excitement and anticipation, so I expect these record-breaking ceremonies to be truly extraordinary.

“Over the three days of ceremonies, the top three countries of origin for new citizens are India (879), the United Kingdom (487) and the Philippines (270).

“By the end of 2022, more than 11,000 new citizens will have been officially sworn in as Australians in Brisbane.”

“With a traditional Welcome to Country and entertainment from the Australian Army Band Brisbane, the Royal Australian Navy Band and the Australian Girls’ Choir or Voices of Birralee, our citizenship ceremonies pull all the stops to mark that life-defining moment,” he said.

For more information on Australia’s Largest Citizenship Ceremonies and how we are Building a Better Brisbane, just visit https://vickihoward.com/koalacapital and https://www.brisbane.qld.gov.au/community-and-safety