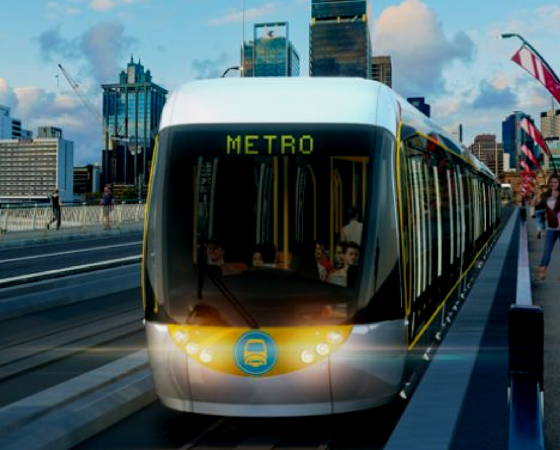 Brisbane Metro Subway System is one of Brisbane’s most significant public transport projects.

With much of the inner-city bus network already at capacity, Brisbane Metro Subway System will deliver a high-frequency subway system that will cut travel times, reduce CBD bus congestion and free up more buses to deliver more services across the suburbs of Brisbane.

The seven kilometre route will run from Woolloongabba to Herston, with stops at Mater Hill, South Bank, connecting to a new underground station at Cultural Centre, continuing over Victoria Bridge and into a new underground portal at Adelaide Street linking with the King George Square, Roma Street, Normanby and QUT Kelvin Grove stations. At the furthest points, interchanges will transfer bus commuters to the metro so they can travel into the CBD more efficiently.

While located in the inner-city, Brisbane Metro Subway System will provide benefits to commuters in the middle and outer suburbs that are increasingly spending long periods of time in bus gridlock.
All residents are encouraged to have their say on this exciting project for Brisbane as part of a city-wide engagement program.

seven kilometres of fast uninterrupted travel
services target for every two minutes
ability to carry up to 30,000 passengers per hour
improved CBD amenity through a reduction in buses on the streets
three new stations and upgrades to existing stations
smoother, quieter and quicker than light rail
improved journey times
Victoria Bridge dedicated to Brisbane Metro Subway System, other bus services, pedestrians and cyclists
more effective use of existing infrastructure

Much of Brisbane’s bus infrastructure is already at capacity. Previous investigations by Brisbane City Council and state governments have identified the need to act on the bus capacity challenge.

The Cultural Centre, King George Square, Roma Street and Queen Street bus stations are all at capacity during peak periods, and many bus stops in CBD streets are at, or reaching, their limit. As a result, Brisbane’s CBD is experiencing increased traffic congestion, blocked lanes from bus stop queues and delays to commuters.

Forecasts for 2031 indicate, the following:

an additional 108,000 jobs will be based in the CBD
an 80 percent increase in demand for public transport journeys through the CBD
public transport trips to the city centre will double
buses entering the CBD during morning peak will increase from 550 to 1000 unless action is taken. The CBD cannot sustain 1000 buses in peak hour traffic
Bus users currently represent two-thirds of public transport passengers. Brisbane Metro Subway System will provide a rapid transport system that will cut travel times, reduce CBD congestion and provide more buses to the suburbs.

How will Brisbane Metro Subway System and Cross River Rail work together?

Brisbane Metro Subway System will resolve the growing demands on the bus network by providing a high-speed metro subway connection with interchange points outside of the CBD. Council’s extensive bus network will bring passengers from the suburbs to connect to the metro stations, rather than continuing to the city. This will relieve city congestion and in turn travel times.

Cross River Rail will focus on an improvement to the rail network to the Brisbane CBD, allowing commuters from the outer areas of Brisbane and beyond to travel more effectively in and out of the city.

River crossings are needed for bus and rail to provide the future public transport needs of our city.

How much will this cost and how will it be funded?

Other costs within the $1.54 billion budget include a stabling and maintenance depot for rolling stock, land purchases, carriages of light metro sets and project design costs. A detailed cost estimate will be developed as part of the Business Case. While Council is prepared to fund the majority of the project, additional funding support will be sought from state and federal governments.

Why not trams or light rail?

One of the major benefits of the Brisbane Metro Subway System is that it is able to utilise existing infrastructure making it cheaper to construct while providing all the congestion benefits.

The rubberised tyre system is smoother, quieter and quicker than trams, allowing for higher capacity. The system can better handle curves as well as inclines and declines on the road making it the only rapid transit system that can use the existing busway infrastructure.

Why was this proposed alignment chosen?

The proposed alignment was chosen based on the opportunity to utilise existing busway infrastructure, functionality and the ability to improve connectivity for the Brisbane bus network.

The alignment will ensure that Brisbane Metro Subway System is fully segregated from road traffic so that it is reliable and efficient. During the Business Case and design phase, the alignment will be evaluated and refined.

Why do you need to close North Quay for Brisbane Metro?

The Brisbane Metro Subway System must be segregated from road traffic to ensure its travel time reliability and provide safety for all road users. The Brisbane Metro Subway System will follow a dedicated alignment on North Quay, between Victoria Bridge and Adelaide Street, and traffic will not be able to cross the path of the metro subway system between these points.

Why will Victoria Bridge be closed to general traffic?

The Cultural Centre station is at capacity with 230 buses per hour leading to chronic congestion and queueing. As a result, services are being redirected away from Victoria Bridge to the Captain Cook Bridge and this in turn is creating further queueing and congestion through to the bus lanes at Woolloongabba.

Brisbane Metro Subway System requires a dedicated bridge crossing, tunnels and roads to allow it to achieve its aims to cut travel times, reduce CBD congestion and provide more buses to the suburbs.

In line with this, Victoria Bridge will become a green bridge – dedicated to Brisbane Metro Subway System, other bus services, pedestrians and cyclists.

How can I have my say?

All residents are encouraged to have their say on this exciting project for Brisbane as part of a city-wide engagement program.

To receive information about future engagement opportunities, you can register for project updates.

If you have any questions or would like more information about the Brisbane Metro Subway System you can: