Budget 20/21 – Budget all about Brisbane’s recovery 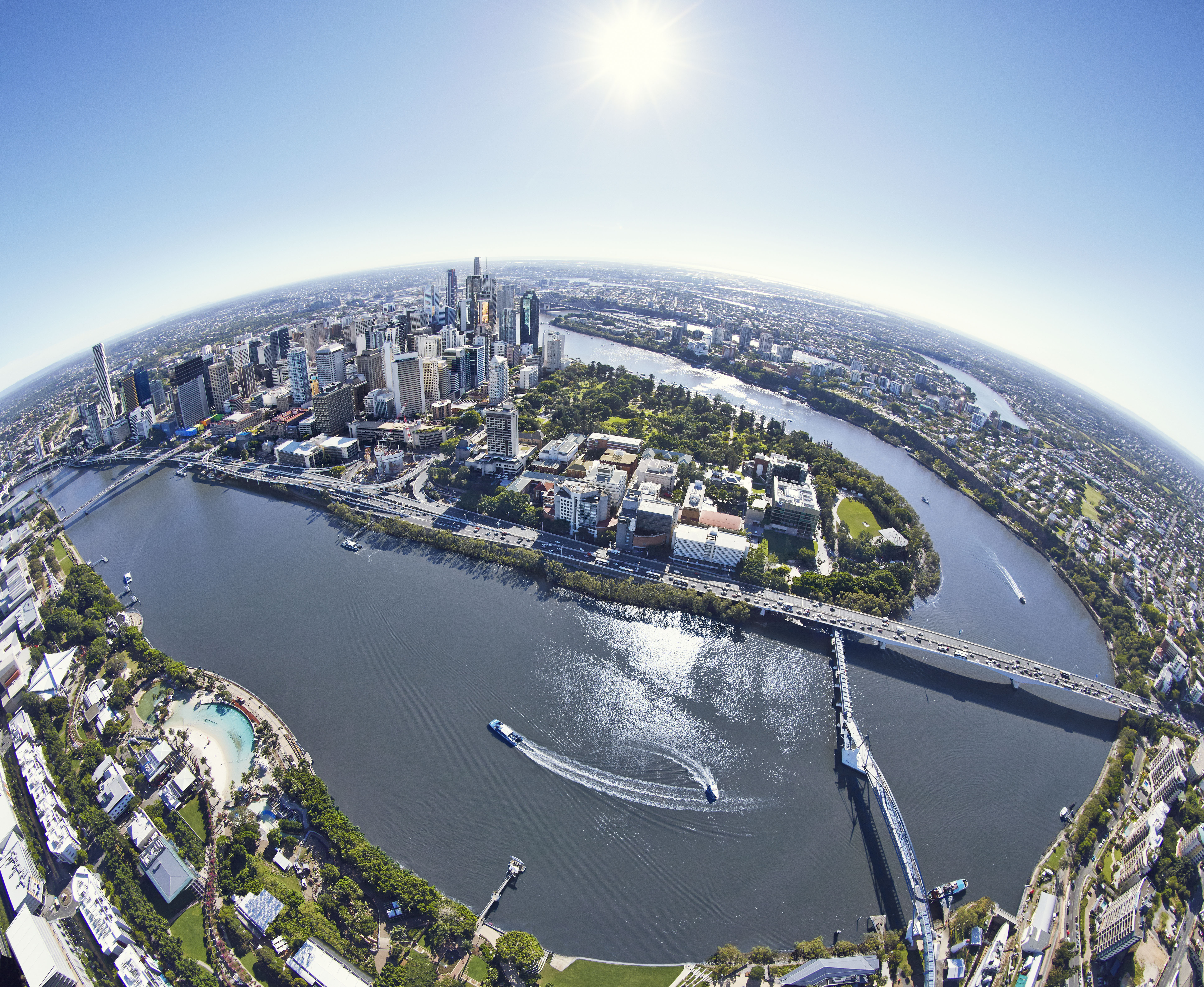 Brisbane Lord Mayor Adrian Schrinner has announced the first Council rates freeze in 35 years to help support residents, businesses and community groups in the wake of the coronavirus crisis.

As part of this year’s $3.1 billion Budget, the Lord Mayor has unveiled a major package to stimulate jobs and local business growth, including a freeze on rates until the end of the year.

“We have never seen economic turmoil like this in our lifetime; residents from all walks of life are hurting,” Cr Schrinner said.

“Our bottom line is taking a hit through lost revenue such as waiving fees, leases and charges, $38 million in rates deferrals and switching off parking meters to help essential workers.

“This Budget is crafted to ensure the city comes through this economic crisis in a strong economic position, while investing in major job creating projects that will also build a better Brisbane.

“Experience matters and the people of Brisbane trusted us as at the March election to guide the city with our long record of responsible financial management, through the toughest times, including the GFC and the 2011 floods.

“This Budget is built to rebuild Brisbane. We want people back in jobs, businesses to thrive again and the city back to its vibrant best while also giving residents and business a financial breather as they get back on their feet.”

Rates traditionally rise annually on July 1, but this year there will be no increase for six months. When rates are adjusted in January 2021 they will rise on average by 2.5 per cent, however more than 3500 households are expected to receive a rates decrease.

“We will also offer a $250 owner-occupier rebate for JobSeeker recipients and eligible pensioners will continue to get up to 40 per cent off their rates bill,” Cr Schrinner said.

“First home owners will continue to get 50 per cent off their first year’s rates bill and those buying a new home will get a 100% rates discount.

“This is about providing instant relief for those in need as well as encouraging job-creating construction work.”

Council switched off parking meters and slashed daily car park fees to help essential workers saving residents $6.9 million from March to May, and parking fees will also be frozen until the end of the year.

“We have waived millions of dollars in fees, rents and charges to back business and support community organisations and this will continue until the end of the year,” Cr Schrinner said.

“In every announcement since the pandemic hit, we’ve focussed on immediate relief for those experiencing financial hardship, but this Budget also looks to the future.”

Cr Schrinner announced the formation of Brisbane’s Economic Recovery Taskforce in April to lead the reboot of our economy.

“The Economic Recovery Taskforce is working with industry to drive the resurgence of our economy, including a $7 million fund for Suburban Priority Projects and a $9.2 million investment in revitalising suburban precincts,” he said.

Infrastructure to Get Brisbane Residents Back to Work

Council is also injecting $840 million into major infrastructure projects that will get Brisbane residents back to work, including the turn-up-and-go Brisbane Metro, which will create 2600 jobs and hundreds of supplier opportunities.

“Brisbane Metro is the biggest infrastructure project ever undertaken by Council, which will revolutionise public transport in our city,” Cr Schrinner said.

“We are gaining momentum with early works underway in South Brisbane and Rochedale, the preferred tenderer Brisbane Move has been announced and we have agreement with the State to build an above-ground Cultural Centre station.

“To fast-track the Kangaroo Point and Breakfast Creek green bridges and create 500 jobs, Council has invested $23.2 million to get the projects going sooner and $300 million over four years.

“The CityCat fleet will expand with $37.1 million invested in seven new double-decker CityCats to be built by local suppliers.

“We are also getting behind city-defining projects with $334.4 million to upgrade and construct new parks to enhance Brisbane’s enviable liveability, including Victoria Park.”

The delivery of new and upgraded roads, footpaths, bikeways and sporting facilities will also create jobs and economic benefits.

The Budget allocates $344.8 million over four years, in partnership with the Federal Government, to fix congestion and improve traffic flow on suburban roads through the Better Roads for Brisbane program.

Another $107 million will be invested over the next term on footpath reconstruction and maintenance and $58 million will be spent over two years on major cycleway projects, including completing the Indooroopilly Riverwalk.

The annual kerbside collection will be paused for two years, in response to coronavirus impacts with funding redirected into economic recovery initiatives.

Free tip vouchers will be distributed to all Brisbane households from July 1, including renters, and native plants will be free for residential tenants.

Cr Schrinner said coronavirus impacts had already slashed $40 million in Council revenue in 2019-20 and will punch another $142.5 million hole in 2020-21 finances, but Council is responding with a financially responsible balanced Budget.

Cr Schrinner today unveiled the huge investment which will create critical local jobs and supplier opportunities and stimulate the economy as it emerged from the coronavirus pandemic.

“Investing in major infrastructure projects is the best way we can help to rebuild the economy, by getting people back into work and future-proofing our city for generations to come,” he said.

“The turn-up-and-go Brisbane Metro will leave a lasting legacy, not only for Brisbane’s evolving public transport network, but through the project’s generation of 2600 jobs during one of the most challenging times in history.

“Through this ongoing investment, we are pushing forward on our early works in South Brisbane and detailed design for Adelaide Street, advancing a vital project that will get residents home quicker and safer.

“We are investing $23.2 million in fast-tracking construction of the Kangaroo Point and Breakfast Creek green bridges to get people moving across the city. By accelerating these projects, we’re creating around 500 jobs and generating massive flow-on effects to local businesses supplying materials and services.”

Cr Schrinner said a $37.1 million investment over four years will ensure local craftmanship of the double-decker CityCats will continue right here in Brisbane.

“The Brisbane River is one of our best assets and when the first double-decker CityCat hit the water last year, it completely transformed the way we experience the river,” he said.

“The first double-decker CityCat was built locally in Murrarie, creating 60 jobs from design to construction. Our investment into seven more vessels over the next four years will ensure these highly-skilled workers can continue to deliver our modern public transport network.

“Work is underway to deliver our Electric Bus Trial, which has been expanded to include the purchase of four vehicles. Further, the Budget will deliver 60 brand-new buses for our general bus fleet,” he said.

“We understand residents want flexibility and connectivity when it comes to travel. We’re investing $47.1 million over the next term in active transport infrastructure including major bikeways and providing a pedestrian and cyclist friendly city centre.

“With funding from the State Government, Council will roll out new pop-up bike lanes in the CBD to help accommodate the recent growth in cycling.

“We’re also targeting missing links in our network by delivering the Indooroopilly Riverwalk and safer active travel options through the $1.6 million Safer Paths to School program and $2.1 million for Safer Paths for Seniors.”

Cr Schrinner said fixing congestion and improving traffic flow is a priority for the Budget, which includes an investment in coordinated suburban road improvements in partnership with the Federal Government through the Urban Congestion Fund.

“This partnership will see major upgrades to reduce congestion at hotspots in Brisbane including Beams Road in Carseldine, the Indooroopilly roundabout, Commercial Road and Doggett Street in Newstead, Hoyland Street in Bracken Ridge and the Rochedale Road and Priestdale Road intersection in Rochedale,” he said.

More than $334 million will be invested in parks, greenspaces and wildlife protection as part of Lord Mayor Adrian Schrinner’s vision to enhance Brisbane’s liveability and support our outdoor lifestyle.

Cr Schrinner said the 2020-21 Budget was focused on rebuilding our economy, but it was also important to invest in Brisbane’s treasured parks and greenspaces.

“With cafes, restaurants, clubs and gyms all closed during COVID-19, Brisbane residents flocked to our parks and greenspaces for recreation and exercise,” Cr Schrinner said.

“It is clear residents love our parks more than ever and investing in them is the right thing to do.

“In the coming financial year we will invest $67.1 million in building playgrounds, transforming recreation reserves and delivering upgrades to 112 suburban parks and dog parks.

“Every one of these projects will also generate local jobs and provide opportunities for local suppliers, while simultaneously creating an even better Brisbane.

“We asked the residents of Brisbane to tell us what they want to see at Victoria Park, and in 2020-21 we will continue planning for the transformation of this premier destination with $3 million to be invested in the detailed design and construction timeline for the park.

“Our city boasts magnificent green spaces, reserves and lookouts and we are going to continue to drive our reputation as the greenest capital in Australia.”

Council will invest $15.2 million in delivering iconic parks for Brisbane. At the Sherwood Arboretum $216,000 will kick start works ahead of nearly a $1 million investment over four years towards the 100-year anniversary in 2025.

“Our greener suburbs initiative will also continue with $2.1 million investment in 2020-21 for targeted street tree planting at Algester, Bowen Hills, Chermside, Manly West, Milton, Paddington, Petrie Terrace and Riverhills. More than $6 million has been invested in continuing the Bushland Acquisition Program. We exceeded our last term milestone of 750 hectares over four years in 2019.”

Cr Schrinner said the Budget allocated $402,000 in the coming financial year to continue to fund a comprehensive koala research program to help establish Brisbane as the koala capital of Australia.

“This investment is so crucial following the devastating Australian bushfire season and the project will look for opportunities to re-establish koala populations in areas of vacant koala habitat in Brisbane,” he said.