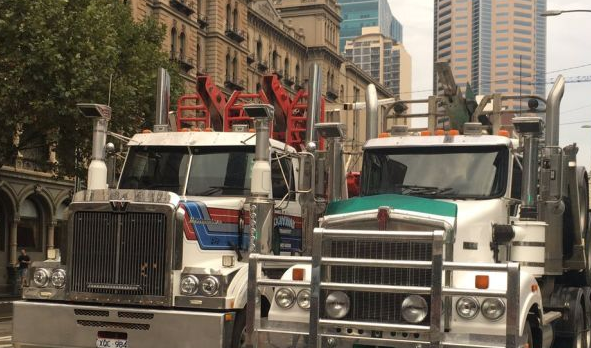 The Schrinner Council’s Infrastructure Chair David McLachlan has condemned the decision to inundate Brisbane’s CBD with trucks every Sunday for the Cross River Rail Project.

Cr McLachlan said the plan, approved by the Office of the Coordinator General, meant retailers and residents would be forced to pay the price for the authority’s failure to properly plan and progress their trouble-prone project.

“Our research shows the city is just getting back on its feet after being smashed during the pandemic with workers and visitors steadily returning,” he said.

“Forcing hundreds of trucks on city streets every Sunday for the foreseeable future, on the very day of the week when families like to visit popular sights and people enjoy going shopping, will slam the brakes on that recovery.

“Where is local state Labor member on this? Why hasn’t she stuck up for the area she’s supposed to represent?”

Cr McLachlan said under the approved plan, both the Roma Street and Albert Street construction sites would be allowed 20 truck movements per hour (10 in and 10 out) between 9am and 6.30pm every Sunday until at least the end of 2022.

“Council has had a long-standing prohibition on CBD construction sites using trucks on Sundays. This allows residents and retailers respite when development is occurring in their area,” he said.

“In her letter to BCC CEO Colin Jensen, the Co-ordinator General Toni Power says, “the Cross River Rail Delivery Authority request for project change was not released for public notification.

“Why were they keeping this a secret ?

“This approval means the trucks start rolling this Sunday, when next Sunday the city could be in gridlock with the Riverside Expressway closure. It makes no sense to start this week.”

Central Ward Councillor Vicki Howard was concerned about the precedent the decision would set for Sundays forever more.

“This doesn’t just mean disruption to residents and important Sunday trading, it will also mean havoc for significant events on our calendar like the ANZAC Day Parade and the Bridge to Brisbane fun run,” she said.

For more information and to see the State proposal to allow the Cross River Rail redevelopment of  the Roma Street parkland area to create “average” building heights of 12 stories across this precinct just visit https://vickihoward.com/romastreetcrr

HAVE YOUR SAY about the increased trucks in the City on a Sunday.

Complete your details below – all feedback helps bolster our argument to get the State Government to reverse its decision.