Time to get back on the bus: Schrinner 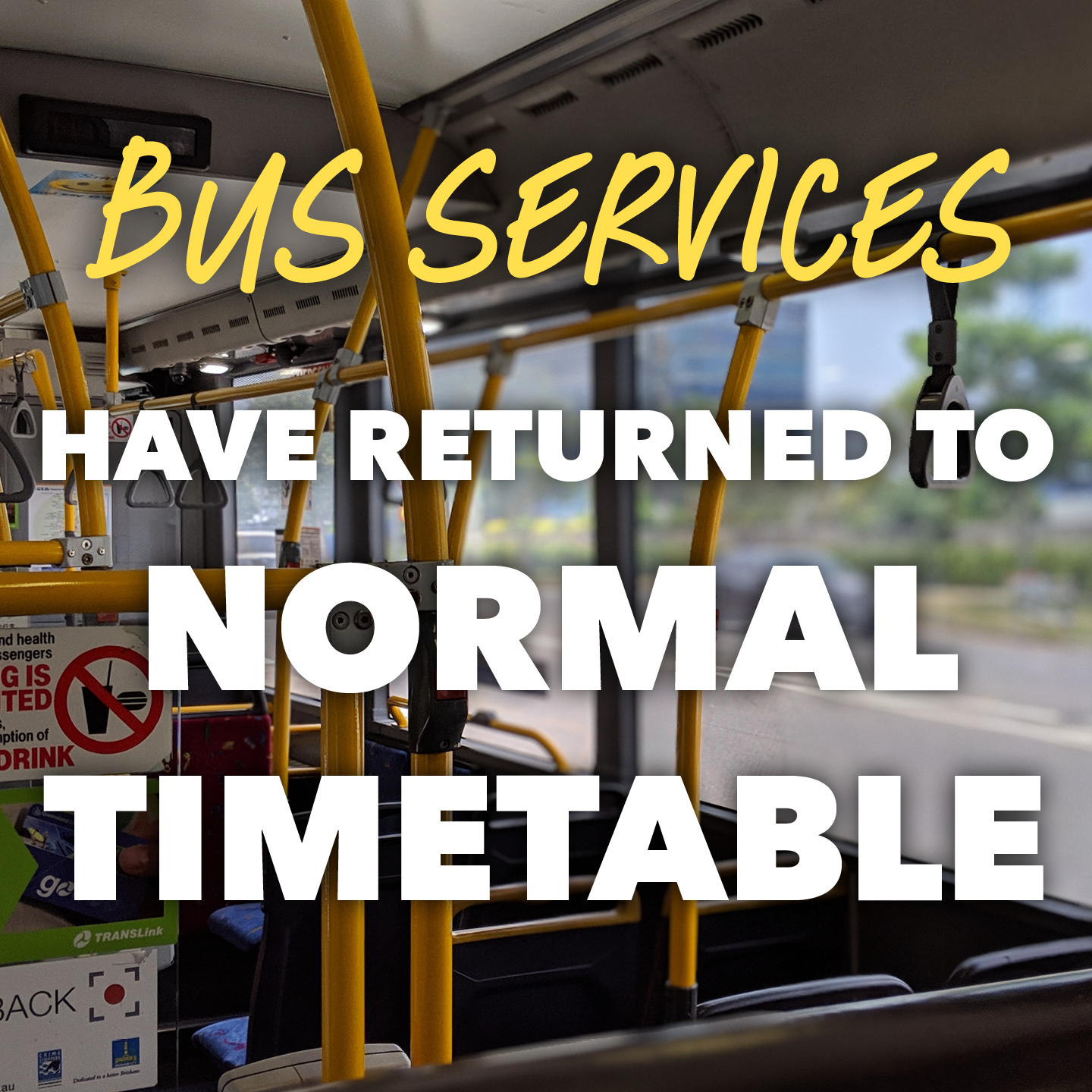 Bus services across Brisbane will return to a full timetable from Tuesday 8th March , Lord Mayor Adrian Schrinner has revealed.

Cr Schrinner congratulated Council crews for urgently repairing the road network and undertaking the painstaking work necessary to ensure the bus system could be restarted after one of the biggest flooding event’s in Brisbane’s history.

“I want to thank Council workers for their tireless efforts making sure that bus services could be returned safely for Brisbane commuters,” he said

“This is a huge step forward towards Brisbane returning to normal after this devastating flood event.

“Our city’s transport network relies heavily on the bus network so to have our fleet of 1200 buses operating will make a massive difference.”

Cr Schrinner also thanked commuters for their patience during one of Brisbane’s biggest flooding events which caused days of severe disruptions to all services.

“Residual over-road flooding caused numerous road closures right across Brisbane which made conditions incredibly unsafe for bus drivers and commuters,” he said. “We have gradually been returning services where roads have allowed it.

“Now that the majority of our roads are clear, schools are back open and workers are returning back to the office, we can return to our usual timetable of weekday services.

“From tomorrow, services will resume their normal hours including high-frequency services during peak hour.”

The 598 and 599 services which do not run today will resume tomorrow.

The State Government’s provision of free public transport has concluded.

Residents are advised disruptions may still be experienced during some routes.

For the latest updates and bus timetables at https://translink.com.au or call Translink on 13 12 30.