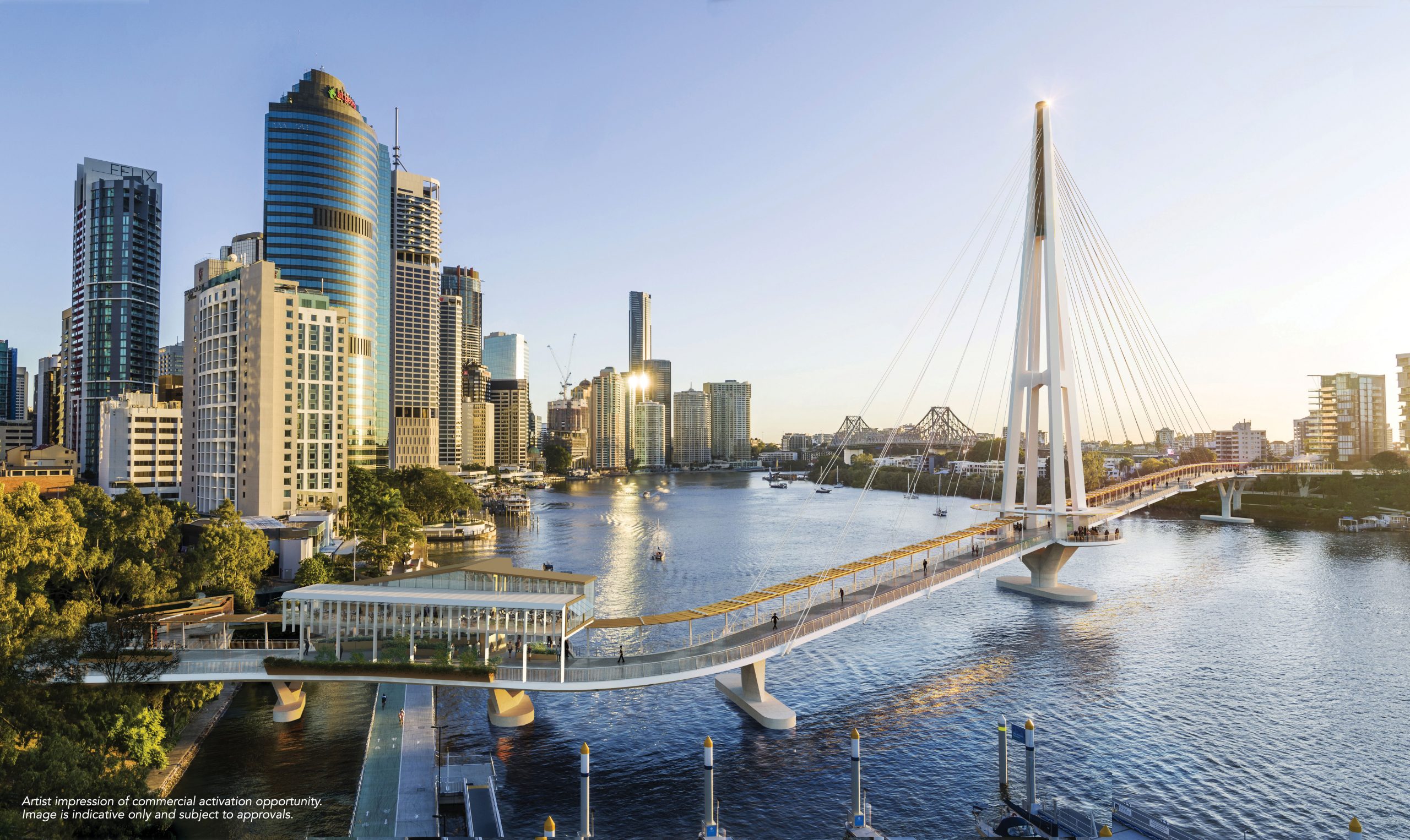 Cr Schrinner congratulated the Connect Brisbane consortium, led by BESIX Watpac who were today awarded the contract for the design and construct of the Kangaroo Point Green Bridge.

“The final design of the city-shaping project showed not only would the bridge deliver a much-anticipated crossing for pedestrians and active transport users, but it would also offer recreational opportunities unique in Brisbane,” he said.

“The Kangaroo Point Green Bridge will be more than an active travel bridge; it will become a must-visit destination for residents and visitors to our great city.

“While Brisbane has some fantastic riverside dining opportunities, we do not have restaurants and bars above our river, and the Kangaroo Point Green Bridge will deliver the city’s first.

“Just image what it’s going to be like having a meal or enjoying a drink with friends with the Story Bridge lit up in the background.

This will be one of the only bridges in the world with a boutique bar and restaurant This is going to be something really special.

Cr Schrinner said the new design included an impressive over-water area which could host a potential restaurant, bar, or event space as well as a café in the plaza, other small food and beverage outlets and viewing platforms along the 460-metre span.

“Brisbane is known as the river city and this new bridge will help people get closer to the riverside by providing spaces to stop and enjoy a meal or a drink while taking in the impressive outlook across the river and of the Story Bridge.”

Cr Schrinner congratulated Connect Brisbane, led by BESIX Watpac, who were awarded the contract for the design and construct of the Kangaroo Point bridge.

“With their head office in the heart of Brisbane and their history of being involved in other significant bridge projects including the Crown Princess Mary’s Bridge in Denmark, the Sheikh Zayed Bridge in the UAE and with local experience at the Queensland Country Bank Stadium in Townsville, I am confident they’re capable of delivering this fantastic project,” he said.

“Supporting local businesses is extremely important as our city recovers from the global coronavirus pandemic and, Connect Brisbane, led by BESIX Watpac, will source more than 90 per cent of their supplies from South East Queensland businesses.

“This major infrastructure project will also support more than 300 jobs, and up to 50 apprenticeships, which is a much-needed boost for our local construction industry.

“The Kangaroo Point Green Bridge will seamlessly link Kangaroo Point, the eastern suburbs, and the CBD together, while reducing car trips across the river by up to 84,000 each year.

“Construction will start later this year; the distinctive mast will be in place by the end of 2022 and the completion is scheduled for 2023. 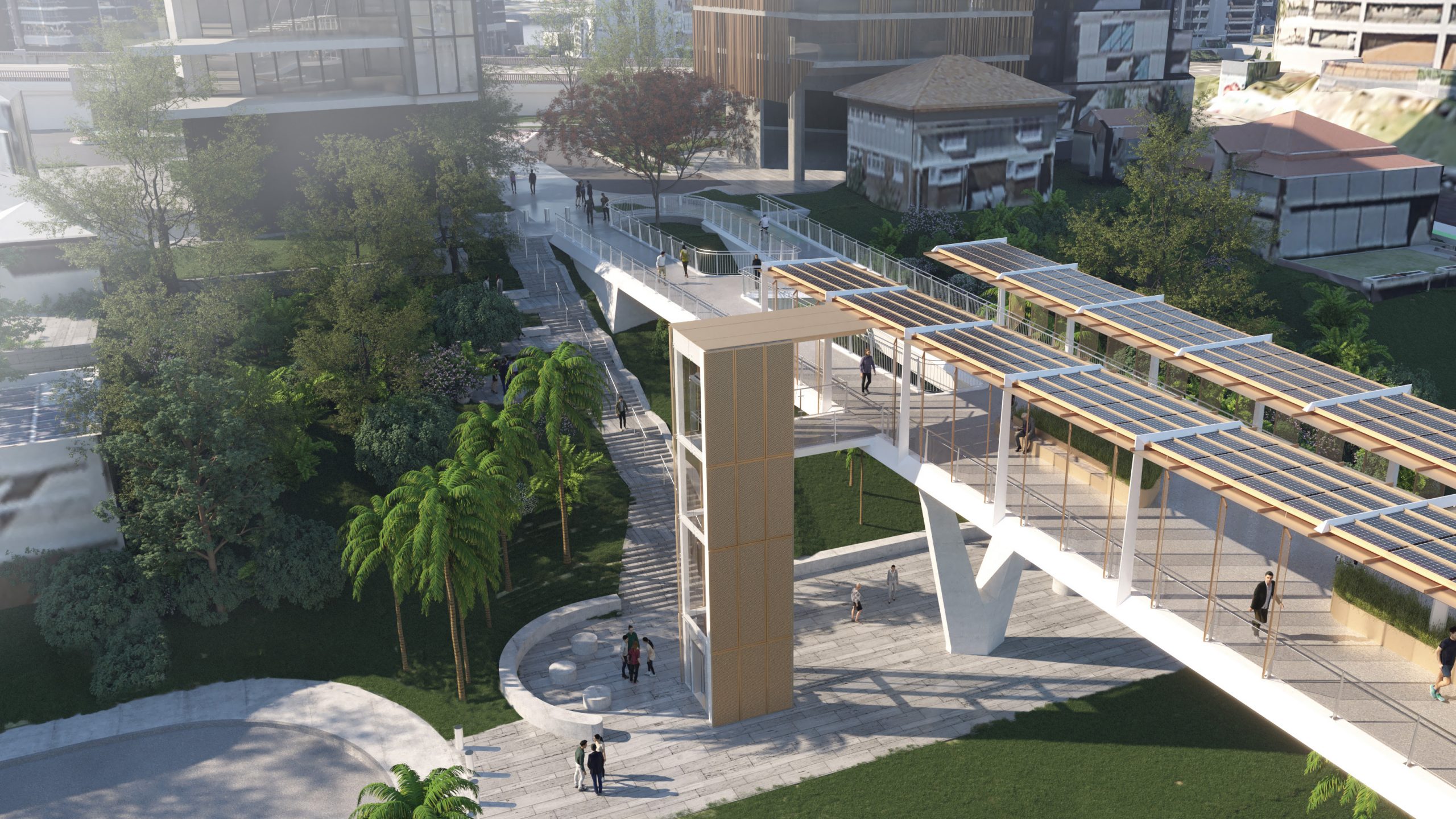 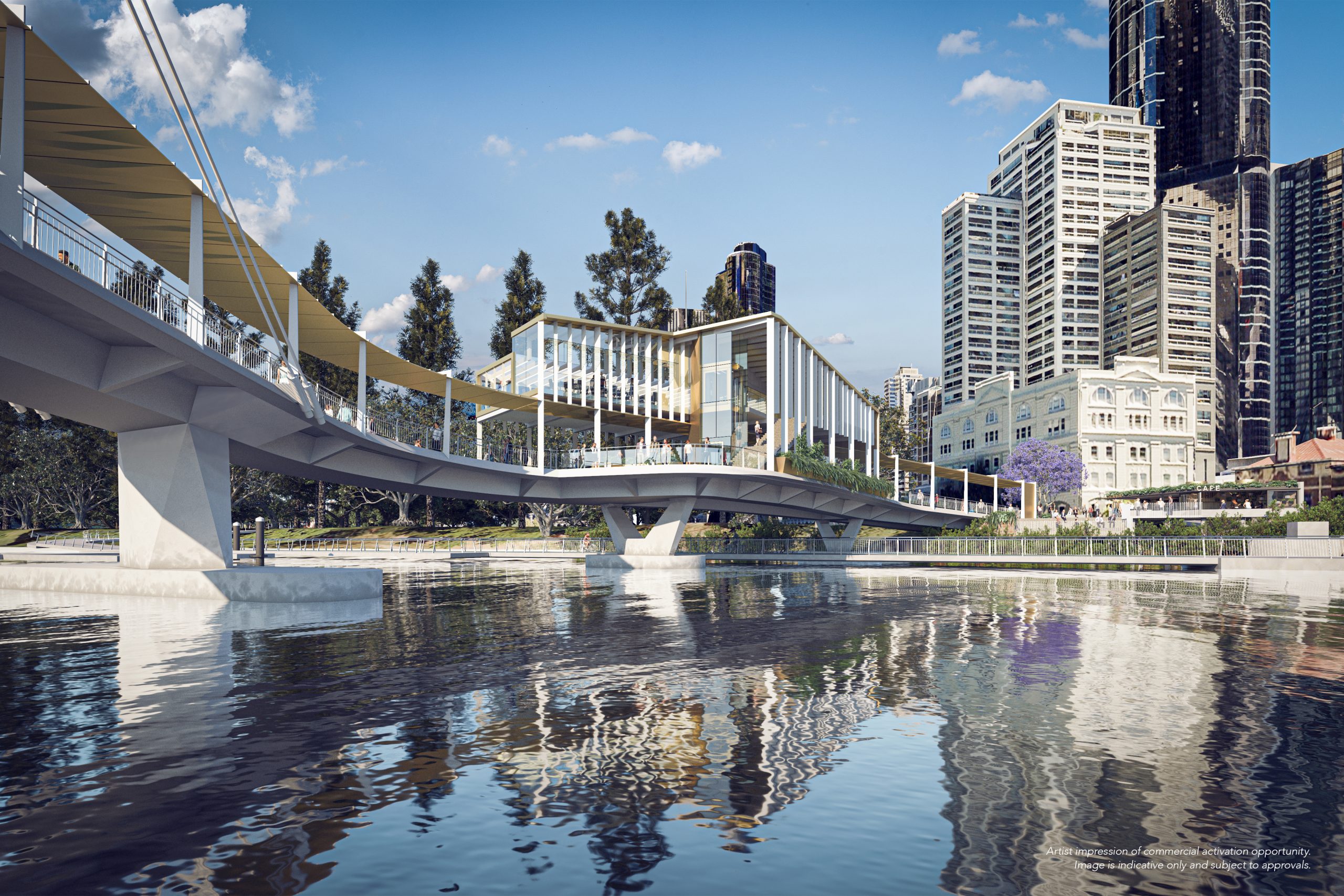