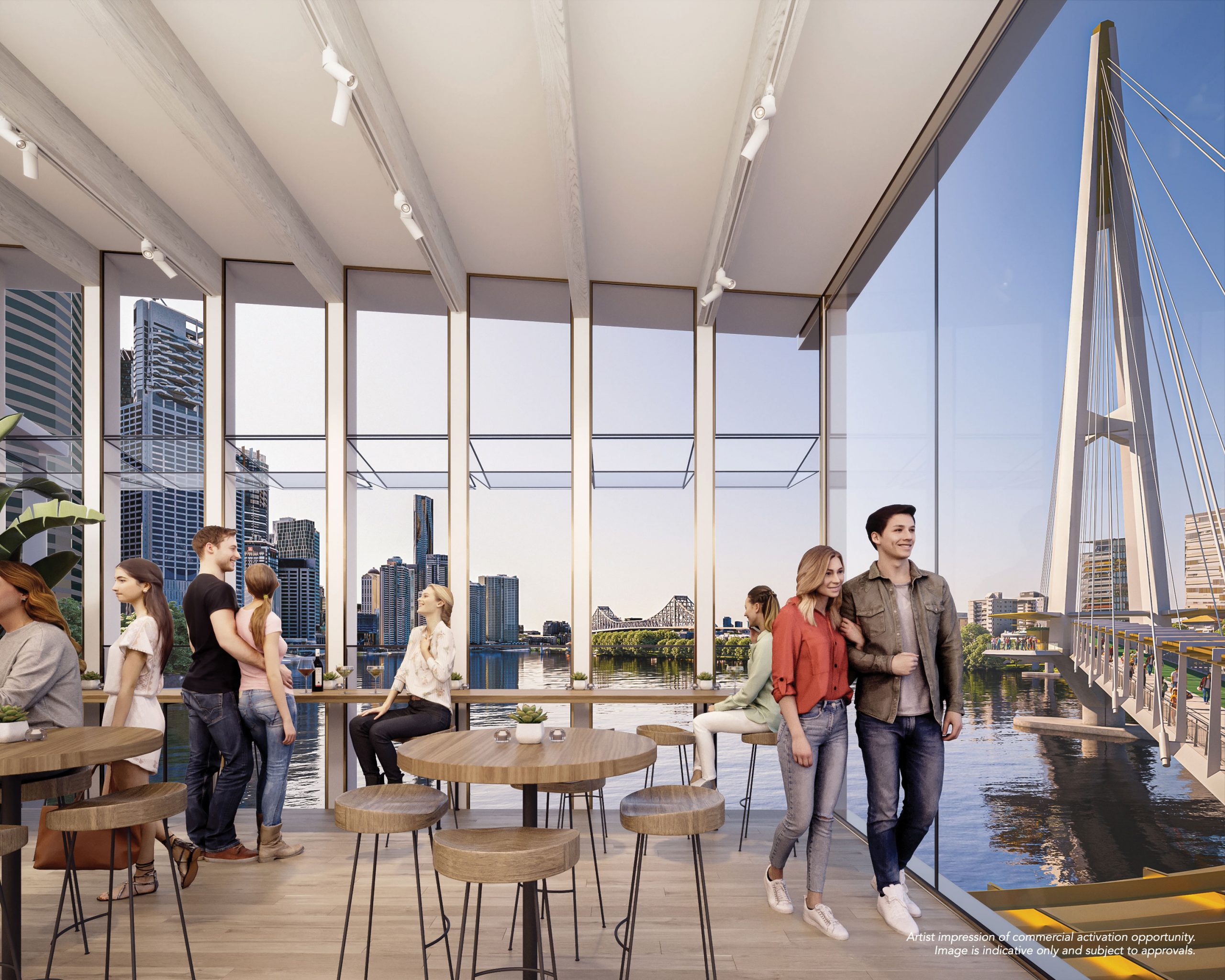 Lord Mayor Adrian Schrinner today revealed agents had been appointed by Council to assist with identifying the best concept for the unique opportunity of operating a major venue on Brisbane’s newest pedestrian bridge.

A similar process was undertaken before Council revitalised the 3.5 hectare Howard Smith Wharves, which was transformed from an underutilised precinct to one of the city’s must-do destinations.

“We’re not just building a bridge, we are delivering a brand new destination,” Cr Schrinner said.

“This bridge won’t just be a vital link between Brisbane’s CBD and Kangaroo Point for pedestrians and cyclists, it will be a landmark that people visit.

“When this bridge is complete, it will be one of the best vantage points to take in Brisbane with panoramic views of our city, Story Bridge and Kangaroo Point cliffs.

“We’re doing the work now to discover who is best-placed to operate from this bridge because we’re eager to bring something unique to Brisbane and deliver a destination that becomes a quintessential part of Queensland.”

Scheduled to be completed by contractor BESIX Watpac by late 2023, the bridge will be a critical link between the CBD and the new Gabba Stadium during the Brisbane2032 Olympic and Paralympic Games.

Agents Colliers have been appointed to assist Council with finding an operator for the landmark dining and entertainment destination near the bridge’s city landing along with a café-style opportunity in the middle of the bridge.

The campaign to raise awareness of the opportunity is expected to attract national interest with a decision expected by the end of the year.

The $190 million Kangaroo Point Green Bridge is being jointly funded with the Federal Government through the recently-unveiled South East Queensland City Deal.

Civic Cabinet Chair for Transport Ryan Murphy said 90 per cent of the construction supplies for the bridge were being sourced from South East Queensland businesses.

“By 2036, more than 6100 pedestrians, cycling and e-mobility trips will be taken on this bridge every day,” Cr Murphy said.

“Many of those trips will include stopping at the restaurant and café facilities and taking in the spectacular view.

“It will mean people will be able to walk from the city to the Story Bridge Hotel or ride a bike from Kangaroo Point to the Queen Street Mall far quicker than is currently possible.”